It's impossible not to have an opinion on President Trump. His supporters love him and seem willing to stand by him through every controversy. His haters count down until the day he leaves office. Either way, he knows how to generate strong feelings on both sides of the aisle.

Do you have a loved one who falls in the Trump supporter camp? Are you looking to get them a Trump-inspired Christmas gift? Below are a few ideas that any Trump lover will appreciate:

MAGA Hat. Can you really be a Donald Trump supporter if you don't own the famous red hat? The "Make America Great Again" hat is ubiquitous at Trump events, often making his rallies look like a sea of red. They're widely available online and are sure to be a hit with your Trump-loving family member. With their new MAGA hat, they'll officially be a member of Trump nation.

The Art of the Deal. Does your loved one not only love Trump's politics, but also his business sense? If so, there's no better gift than Trump's most famous book — The Art of the Deal. This bestseller provides insight into his strategy and deal-making skills as he built his hotel and casino empire. It's also a fairly quick and easy read, so your family member doesn't have to be a bookworm to appreciate the gift.

Trump Chia Pet. Are you looking for a funny gift for the Trump supporter in your life? Try a Trump chia pet. The famous gag gift now comes with a Trump version. You simply water the small statue's head, and hair begins to grow. There's no guarantee as to whether the statue will grow Trump's famous combover. This could also make a great gift for Trump haters in your family and could generate some big laughs at your family holiday party.

Jon McNaughton Print. Never heard of Jon McNaughton? He's become the artist of choice for Trump supporters everywhere. Before 2016, McNaughton was best known for painting traditional landscapes and Christian-themed art. However, since the rise of Trump, he has become popular for his pro-Trump artwork. He specializes in epic pieces portraying the president in flattering positions, such as running down a football field to score a touchdown or leading a boat of supporters through a dark swamp. His prints are widely available online and are sure to be appreciated by the Trump supporter in your family.

Trump Playing Cards. Do you and your family like to play card games at your gatherings? Why not do it with your very own set of President Trump playing cards? There are a wide range of different sets available. Some simply feature images of Trump. Some include other members of the Trump family and administration, like Ivanka Trump and Jared Kushner. There are other sets that are more appropriate for Trump bashers, as they include pictures of those who have faced criminal charges in various Trump investigations. A search online should yield a variety of choices, so you can have your very own Trump-themed card game this holiday season.

Ready to find the perfect gift for your Trump-supporting relative? Search for Trump gifts online, and you'll likely find plenty of great choices. 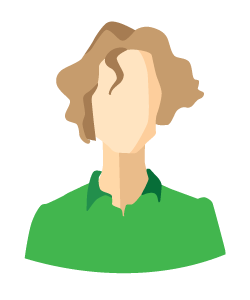 Although I have never had a business myself, it has always been an interest of mine. I realized a few years ago that I really wanted to learn more about how businesses operated, so I started investing more time and effort into talking to business people. I began interviewing them about what had made them successful, and it was incredible to see how much of a difference they were able to make. This blog is all about creating a successful business by making the right decisions early on. Check out this blog for great information that could help you to improve your life.